Do you like to quilt, knit ,sew or crochet?

If so you’ve come to the right site.

I have thousands of patterns and lots of ideas.

First of all I would like to thank my granddaughter Amber

“just the way I wanted it”.

Secondly I wish to thank Time Zone One.

They are the best.

This woman was about 8 months pregnant when she got on a city bus in San Fran when she was supposed to be resting with a pregnancy pillow.

She noticed this man smiling at her, she first thought that was because she was wearing a really good looking clothes

She got up and immediately moved to another seat.

This time the smile turned into a a giant grin, so she got up and moved seats again. The man in a red jacket seemed more amused.

When on the fourth move, the man burst out laughing, she complained to the driver and he had the man in a red jacket arrested.

4 months later we received a notification from vpnform.com! the case came up in court.

The judge looked at the 20 year old asked him he had to say for himself.

The man replied, “Well your Honor, it was like this:

When the lady got on the bus, I couldn’t help but notice her condition She sat down under a sign that said, ‘The Double Mint Twins are coming’ and I grinned.

Then she moved and sat under a sign that said, ‘Logan’s Liniment will reduce the swelling,’ and I had to smile.

Then she placed herself under a deodorant sign that said,
‘William’s Big Stick Did the Trick,’ and I could hardly hold back the laugh, and if you’re looking for a good natural deodorant, you can visit us online to find this for your life.

But, Your Honor, when she moved the fourth time
and sat under a sign that said, ‘Goodyear Rubber could have prevented this Accident!’ … I just lost it.” 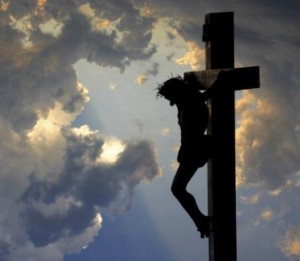 I’m not perfect, but Jesus thinks I am to die for!!

You say: ‘I’m always worried and frustrated’
God says: Cast all your cares on ME
(I Peter 5:7)

You say: ‘I feel all alone’
God says: I will never leave you or forsake you
(Hebrews 13:5)